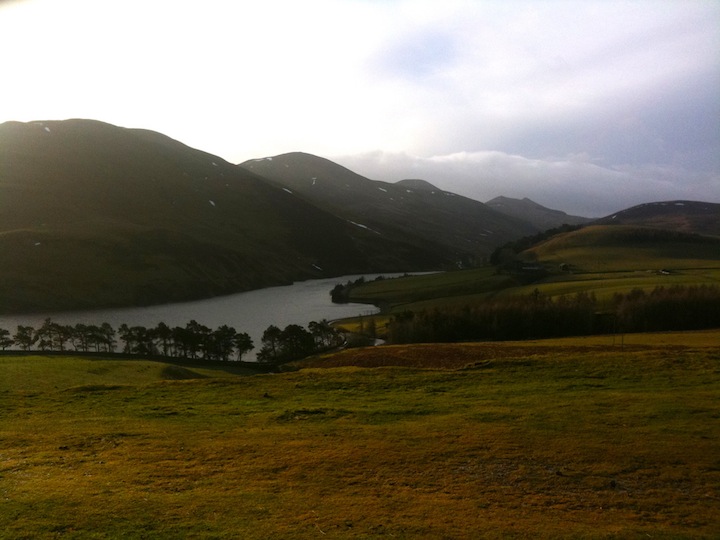 Glencorse Reservoir in the Pentland Hills

This past Sunday, I went hillwalking for the first time in, really, about six years.

I’d done a few low-level walks with the sterling people at Metropolitan Walkers, but quite honestly the large group sizes, distinct lack of hills as I understand them and travel faff getting around and out of London made it something I stopped doing pretty quickly.

Now that I live back in Edinburgh, I’m getting back into proper hillwalking again. I hit the Pentlands with a good friend, but was slightly unprepared for how much raw legpower and stamina I’ve lost in nearly seven (!) solid years of sitting at a desk. The answer is a great deal, and it was a little embarrassing to be puffing my way up a not-very-steep slope at the tender age of 29.

Still, it’s a start and my walking boots have been properly christened now. With a little more work I’ll be puffing less and less each time and slowly the joy of being in the outdoors will overcome the immediate pain of hauling myself up the heather-bound flanks of the Pentland Hills.

In Transition So in the whirl of getting ready for our big move to Scotland and the excitement of finding a new flat (omg, it’s huge), we somehow didn’t notice

Our Toyota Was Fantastic I’ve been following the amazing French cartoonist Boulet for a while. He’s been doing some amazing work, but this recent piece really struck a chord